Though there had not been a fire at the block, the serious breaches and risk of fire meant that fines were issued totalling a staggering £670,000. Trinity Developments, the Building Owners, were ordered to pay £160,000 whilst the contractor appointed to carry out the works, were fined £450,000.

If there had been a fire at the block, not only would the fines have likely been a lot higher there is a high chance that custodial sentences would have been handed out. In particular, liability would also fall on the individual Property Manager and not just the company they work for.

Not to mention, if a fire had occurred at this block, with the amount of breaches that were found, the lives of the 27 students would have been severely at risk which would not only have additional uninsurable losses but also devastating moral consequences for those involved (not to mention the victims and their families).

Fire Safety issues were raised at Trinity Hall Student Block on September 25th 2016 by a concerned father who was dropping his daughter off to live there, but refused to let her stay.

Following this complaint, the Fire Marshall was sent into the building on the 26th September 2016 and deemed the fire access for the apartment insufficient and stated that it needed to be resolved prior to any tenants sleeping there. West Yorkshire Fire and Rescue Service therefore temporarily closed the block and students were temporarily rehoused.

When inspecting the building, the Fire Marshall found that the upper floor was still under construction with exposed timbers that could pose a potentially serious fire risk. They also found:

The Building Owners and the Managing Agents admitted the same four breaches, which are as follows:

Judge Mairs at Leeds Crown Court commented that “the risks were so obvious that a member of the public spotted them – so they should have been obvious to the companies involved.” He also described the situation as having the “potential for catastrophe” and he is not wrong.

When commenting on the situation the Property Managers said that “We moved the first intake [of students] into Trinity Hall on the 23rd September; at this point we were assured by both the Landlord and Developer that all was signed off and good to go.”

Even with these comments, there is still a legal and moral obligation for the building owners to manage safety and this was clear from the judge’s ruling.

Property Managers should therefore note that the Building Owners, Contractors and Property Managers were all found guilty here and the liability could not be passed completely onto any individual party.  This serves as a good reminder for Property Managers to manage safety through qualified and competent safety professionals and never assume other organisations will do this on their behalf.

Wednesday 21st July saw the second reading of the Building Safety Bill in the Houses of Commons. This was the first opportunity for MPs to debate the Bill in Parliament and means that it is Read more… 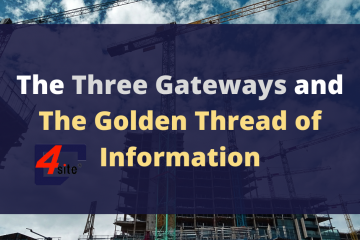 The Three Gateways and The Golden Thread of Information

The Building Safety Bill has now been introduced to the House of Commons and will begin its passage through Parliament. The new regime covers the construction and major refurbishment of buildings and applies to high-rise Read more…

The Building Safety Bill was introduced to the House of Commons yesterday (Monday 5th July 2021) and will now finally start its passage through parliament. There is still a way to go until it reaches Read more…