The housing secretary, Robert Jenrick, has announced a new £3.5 Billion fund towards fixing dangerous cladding on high-rise buildings in England.

This announcement comes after it was argued that the £1 Billion Building Safety Fund revealed last March, was not enough for the removal of dangerous cladding of all forms from high-rise buildings.

In his announcement, Robert Jenrick stated that he was “today making an exceptional intervention on behalf of the Government” by making this “further funding available to pay for the removal and replacement of unsafe cladding for all leaseholders in high-rise residential buildings of 18 meters and above, or 6 storeys, in England.”

He continued to say that “building owners and developers should step up to meet the cost of this work, where they haven’t or where they no longer exist, the government has stepped in providing £1.6 Billion to remediate unsafe cladding. However, it’s clear that without further government intervention many building owners will simply seek to pass their potentially very significant costs onto leaseholders… that would risk putting those who have worked hard -who have bought their own home – and through no fault of their own have found themselves caught in an absolutely invidious situation.”

What about Buildings under 6-storeys?

It has been announced that leaseholders in lower rise buildings that face cladding removal will also be protected from the costs of this through the introduction of a “long-term, low interest, government-backed financing arrangement.”

Since the risks are considered lower, remediation is less likely to be needed on lower and medium rise blocks. However, where it is needed, the Government will develop a long-term scheme of financial support for cladding remediation (for buildings between 4 and 6 storeys).

Jenrick added that “no leaseholder will ever have to pay more than £50 a month towards the removal of unsafe cladding, many far less”

What does these mean for Developers?

Jenrick also announced the introduction of a “developer levy that will be implemented through the forthcoming Building Safety Bill” which the government will consult on in due course.

“The proposed levy will be targeted and only apply when developers seek permission to develop certain high-rise buildings in England, helping to ensure that the industry take a collective responsibility for historic building safety defects.”

“In introducing the levy, we will continue to ensure the homes our country needs get built and that our small and medium size builders are protected.”

It was also revealed that a “new tax will be introduced for the UK residential property sector in 2022.”

“This will raise at least £2 billion over a decade to help pay for cladding remediation costs – the tax will ensure the largest property developers make a large contribution to the remediation program in relation to the money they make from residential property.”

Jenrick summarised by arguing that we should “put the risk of fire, and in particular the risk of fatal fire, into context.”

He stated that “fire related fatalities in dwellings in England have fallen by 29% over the last decade” and that “last year the number of people who died in fires in blocks of flats over 11m was 10.”

He continued to say that “of course, any death is one too many and the tragedy of Grenfell tower lingers with us and demands action. That’s why it’s right that we address safety issues, where they exist and are a threat to life. But do so in a proportionate way and guided at all times by expert advice. That is the approach we are taking through the Building Safety Bill, the new Building Safety Regulator, the Fire Safety Bill, and the new National Regulator of Construction Products that I announced in January”

After much deliberation and passing back and forth through parliament, it was announced on Thursday 29th April that the Fire Safety Bill will finally become law. This is much anticipated news and means that the Read more… 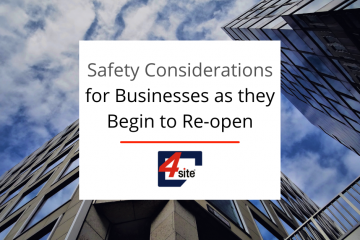 Safety Considerations for Businesses as They Begin to Re-open

As restrictions are starting to lift and many of us are preparing for that long-awaited return to the office or workplace, employers should be aware that there are some extra safety measures that may need Read more… 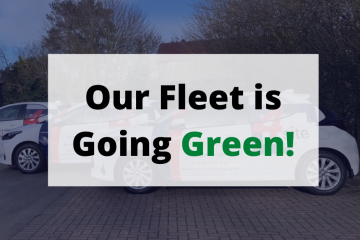 Our fleet is going green!

Nearly all businesses rely on cars or vans and most organisations will use vehicles in some capacity. Here at 4site, our Assessors rely on them for their daily site visits for risk assessments, surveys and Read more…